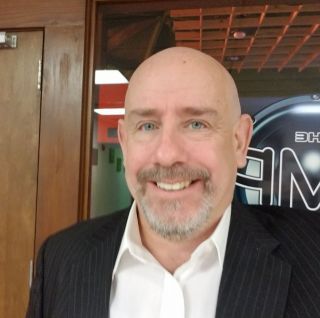 Mr. LaMaster is a nationally-respected authority in armed and unarmed combatives who teaches a realistic and practical approach for real-world self defense. He brings to his classes more than 30 years of experience in firearms and combat martial arts. He has been in SWAT magazine and USCCA magazine.

Brian was responsible for the assembly of the security team at Lighthouse Assemblies of God in 2011, and played a vital role on the team.

Innovative Tactical Concepts is responsible for training over 200 churches across the United States, and over 500 churches through The Watchman DVD training series. This is the first and only series of its kind. Brian developed this training series because not everyone can afford to attend the training, yet, he knows the need for training is beyond what we can cover. In addition, he has created the first and only interactive online training program for churches.

In 2015 TV Evangelist Joyce Meyers personal bodyguard flew into Richmond, IN to train with Brian.

As a personal protection specialist, Brian has protected James (Buster) Douglas. In addition, Brian has served as Chief of Security for Dave Canterbury’s (TV Celebrity on Dual Survival & Dirty Rotten Survival) annual Pathfinder gatherings for 5 years where hundreds of people attended from around the globe.

Mr. LaMaster was a guest speaker for The Well-Armed Woman Fashion and Firearms national event in 2014, which was held in Indianapolis.

And in 2007, Brian sent the 101 Mountain Division in Afghanistan a copy of his first concealed carry DVD titled, “FIGHT!”. The soldiers sent Brian a photo of them with the DVD and a certificate of appreciation for what they had learned. The Advanced Pistol Fighting DVD is the course in which Innovative Tactical Concepts appeared in SWAT magazine. Handgun The Basics is a DVD series focusing on the basics of gun safety and shooting.

Brian has been a student of two gunshot wound treatment courses. One taught at the Richmond Police Department, and another taught by Dr. from Washington state.